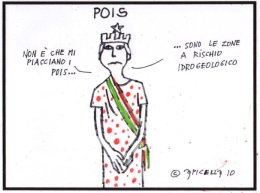 Two reports by the Office of National Statistics (ONS) show that working-class people are most likely to die from COVID-19 in England and Wales, particularly in the most deprived areas.

“Deaths involving COVID-19 by local area and socioeconomic deprivation: deaths occurring between 1 March and 17 April 2020” reveals that those residing in the most deprived communities are more than twice as likely to die from the coronavirus than those in the wealthiest districts. Impoverished working-class communities tend to be located within inner-city districts devastated by decades of government cuts and austerity imposed by Labour Party-run councils.

The research analyses all deaths that occurred in England and Wales up to April 18, 2020 where the COVID-19 virus was involved. London had the highest number of deaths at 4,950, 42 percent of the 11,922 total deaths in the city from all causes. The lowest proportion of deaths involving COVID-19 was in the south-west with 1,051 (13 percent of 8,389 total deaths).

The deprivation levels used by the ONS are based on the index of multiple deprivation, which measures a range of factors including income, employment, health, education, crime, the living environment and access to housing.

Districts with higher housing density were found to be experiencing a higher rate of death from the virus than areas with a lower density of housing. Inner city districts and public housing estates characterised by densely packed terrace housing and multi-occupancy high-rise properties suffer a higher tendency for casualties than middle-class suburban and semi-rural residential districts.

Many workers in these communities are employed within key services and cannot work from home, such as bus drivers, National Health Service staff and supermarket workers.

Such inequalities have been exacerbated by chronic residential overcrowding and the prevalence of multigenerational households. This is a contributory factor towards ethnic minority populations suffering such high virus death rates. Overcrowding has been exacerbated over the last decade by Conservative-led governments charging a punitive tax on unused bedrooms, forcing many poorer families into smaller properties.

Seven of the 10 local authority districts with the highest levels of income deprivation among older people are in London. According to 2019 data, Middlesbrough, Liverpool, Knowsley, Hull and Manchester have the highest proportions of neighbourhoods among the most deprived in England outside London.

The highest COVID-19 death rates in England and Wales were all located within the capital. Inner London working-class boroughs with the highest levels of poverty, deprivation and poor social services are the worst affected. The east London borough of Newham, which incorporates Stratford, West Ham, East Ham and Canning Town, has suffered the highest overall mortality rate in the country, followed closely by Hackney and Brent, 144.3, 142 and 127 deaths per 100,000 respectively.

Seven other London boroughs—Tower Hamlets, Haringey, Harrow, Southwark, Lewisham, Lambeth and Ealing—make up the 10 local authorities with the highest death rates. London’s mortality rate of 85.7 deaths per 100,000 population is according to the ONS “statistically significantly higher” than any other area of the country—almost double the next highest rate.

Death rates were high in all the major cities, but especially those cities with the highest poverty rates—Birmingham, Liverpool and Manchester. Other local authorities—some in the deindustrialised north like Salford and Middlesbrough, others in smaller towns like London satellites Watford, Luton and Slough—had rates above 65 deaths per 100,000 people.

Parts of the north-east have even higher confirmed case rates; Sunderland has 3.9 per 1,000 residents, second only to the London borough of Brent, and a death rate of 63 in every 100,000. The data reveals a cluster of high case rates in the Black Country, with Walsall witnessing around three cases per 1,000 residents, as well as 70 deaths per 100,000, and Wolverhampton suffering a relatively high death rate of 68 in every 100,000.

The more affluent rural south-west of England, the Home Counties, including Somerset, Wiltshire, Dorset and Gloucestershire, have only slightly over one in 10 of total deaths caused by COVID-19—making them the regions with the single lowest proportion of virus deaths.

Other areas of the country, some with major cities like Yorkshire, the Humber, the east Midlands, Wales and others without them—like southeast England—all containing more affluent upper-middle-class areas, had significantly lower rates than the national average.

A second ONS report, published yesterday, “Coronavirus (COVID-19) related deaths by occupation, England and Wales,” found that males aged between the ages of 20 and 64, working in jobs such as cleaners, security guards and drivers, are four times more likely to die of coronavirus than university graduates working in professional occupations such as accountants, lawyers and engineers.

The report analysed 2,494 registered deaths involving COVID-19 in the working age population, up to and including April 20.

Men in “professional” occupations died at a rate of 5.6 per 100,000—four times lower than those in “low skilled elementary occupations.”

It notes, “The major group with the next highest [death] rate was Caring, leisure and other service occupations (17.9 deaths per 100,000 males, or 72 deaths), which include occupations such as nursing assistants, care workers and ambulance drivers.

Over 200 National Health Service and social care workers have died during the pandemic, with not being provided with the necessary personal protective equipment a central factor. The ONS report notes, “A total of 131 deaths involving COVID-19 among social care workers were registered up to, and including, 20 April 2020, with rates of 23.4 deaths per 100,000 males (45 deaths) and 9.6 deaths per 100,000 females (86 deaths). In this group, we included occupations such as care workers and home carers, which accounted for most of the deaths (98 out of 131 deaths, or 74.8 percent), social workers, managers of residential care institutions and care escorts. Of the individual occupations, we were only able to calculate a reliable rate for care workers and home carers … significantly raised [death] rates for this occupation were found among men and women.”